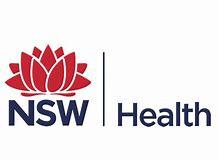 Staff Specialist in Emergency Medicine FACEM
Maitland Hospital, Lower Hunter Valley Region NSW Multiple permanent and temporary roles available for immediate start Applications are invited from suitably qualified consultants for the position of Staff Specialist in Emergency Medicine with Maitland Hospital.   Why come and work with us at Maitland Hospital?   ·         Maitland Hospital Emergency Department provides excellent opportunities to be actively involved in development of policies, models of care and clinical packages as well as education and support for ACEM trainees, nurse practitioners, GP/ruralist trainees and pre-vocational medical officers.   ·         Maitland ED is a busy non-major Referral, Tier 2 site for ACEM training that sees 55,000 presentations per annum with an 18% admission rate and 24% of all presentations are pediatric.  It services a growing community and provides additional support to many of the smaller rural and remote sites in the Hunter Valley as...
NSW Dept of Health Maitland NSW, Australia Full time
TC
VMO Paediatric Emergency Medicine, The Children's Hospital at Westmead
The Children’s Hospital at Westmead Emergency Department sees over 60 000 children per annum and has a relatively high admission/acuity rate (25%). All subspecialties in paediatrics are catered for by this tertiary paediatric hospital. It is a major trauma centre, has a large intensive care, is the state referral centre for paediatric burns, and has neurosurgical, cardiac and transplantation expertise. In March 2021 we moved into a new building with a much larger footprint and all brand new equipment. As a result, it is an infinitely varied, interesting and very busy place to work. For the senior medical staff this includes clinical work across the breadth of pathology encompassing both common and rare conditions.  We are looking for consultants with an interest in Paediatric Emergency Medicine to join our dedicated and dynamic team. If interested please contact Dr Shefali Jani, Medical Director, CHW ED at [email protected] .
The Children's Hospital at Westmead The Children’s Hospital at Westmead, Hainsworth Street, Westmead NSW, Australia Part time 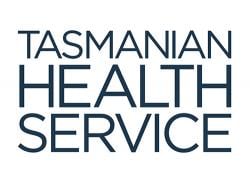 Clinical Director - Emergency Medicine (524896)
$163,000 - $228,000 yearly
Details of Appointment Fixed term, full time, day worker (with on-call) position working 76 hours per fortnight for three years. Who Are We Looking For? We are seeking a motivated and experienced Clinical Director – Emergency Medicine to work for the Department of Health (DoH) across the North West region. This role will require the successful applicant to provide a high level of strategic leadership and direction, ensuring resources are efficiently utilised, services are effectively integrated within the hospital/service and the highest standards of service delivery are achieved in accordance with hospital/service policy directions, service standards and financial targets. In addition, the Clinical Director will provide specialist care to patients attending the Department of Emergency Medicine at the North West Regional Hospital (NWRH) and Mersey Community Hospital (MCH). Servicing a population of approximately 116,000, the DoH North West, has major sites...
Tasmanian Health Service North West Region, Tasmania Full time

ED Registrar
Ehara taku toa i te toa takitahi. Engari, he toa takitini. Success is not the work of one, but the work of many. Full-time, permanent positions. Six and twelve-month attachments for start dates throughout 2023. There are exciting opportunities for Registrars to join Te Whatu Ora - Health New Zealand, Te Matau a Māui, Hawke's Bay in full-time positions (or part time arrangements by agreement). Applications are invited for the position of ED Registrar for the 2023 training year. The Emergency Department offers supportive working conditions and are committed to excellent teaching, and have recently updated both our roster and education programme to reflect this. Te Whatu Ora - Health New Zealand, Te Matau a Māui, Hawke's Bay Hospital is a 400-bed hospital providing acute and elective care for the Hawke's Bay region. We have most major medical and surgical subspecialties on site (except cardiothoracic and neurosurgery), as well as paediatrics, O&G. We are well...
Te Whatu Ora, Hawke's Bay Hawke's Bay, New Zealand Full time

To post a job please create an account or login at the top right of this page and navigate to the Job Postings tab.

For any inquires or questions please contact [email protected].